PMII And Formasi Degree Reflection And Prayer Together For Unesa 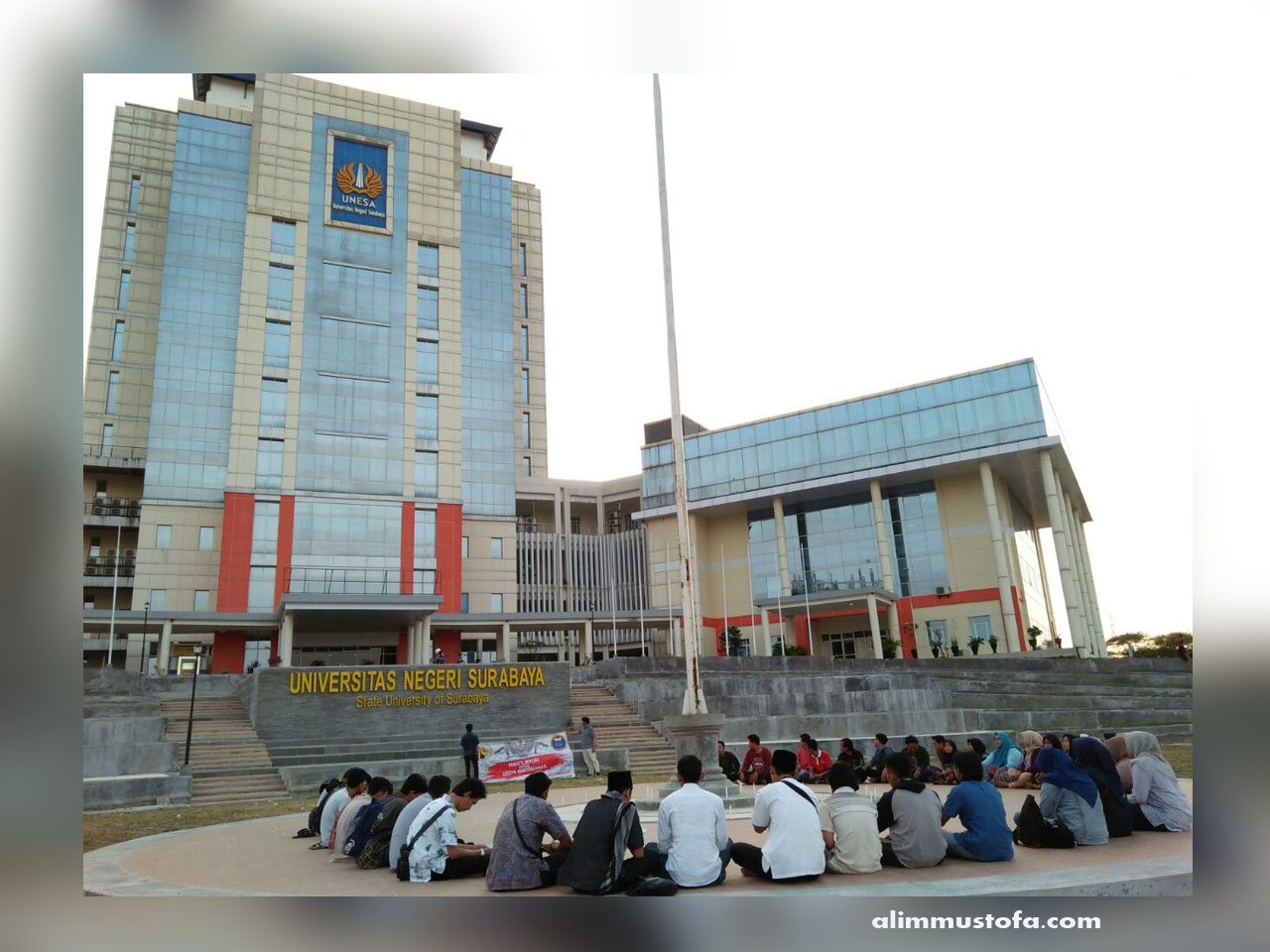 AlimMustofa.com -  Surabaya, Dozens of Unesa students who are members of the Indonesian Student Movement (PMII) and the Formation (Democracy Movement Student Forum), a degree of reflection and prayer for victims of bombs in Surabaya two weeks ago. (29/5/2018).

Participants appeared khitmat following a series of events starting with tahlil, orasi from student representatives, open together, closed with reading and sowing flowers. The event starts at 16:00 pm and ends at 18:15 pm.

"I am a Muslim, I am a PMII cadre, I deeply regret the bomb tragedy that occurred in Surabaya. Such terrorist acts can not be justified irrespective of any reason. We cadres PMII Unesa will not remain silent over the tragedy of the bomb," said Atok Urrohman.

The effects of tragedy bombing in Surabaya some time ago to create a deep unease and trauma for the community. People are always haunted by anxiety to perform daily activities.

In oration Sahabat Martyrs' usually the target of the spread of radical understandings of youth and students. Campus is the most fertile place for the development of radical understanding. Because in it there are students who are looking for his identity. Students who are seeking their identity tend to be open to the teachings that develop on campus.

The number of Islamic schools or ideologies that developed Unesa campus, causing students without thinking long if invited to follow religious activities.

From this the radical group inserted its teachings by changing the pattern of students' minds shifted to radical thinking by offering the Khilafah as a state form.

"Students are the assets of the nation, how would it be if the nation's assets have been infected with radical teachings since dibangku he lectures. It could be 10 or 20 years they will become terrorist. Hopefully the friends present in this event avoid radical teachings and be proactive participate in the eradication of radicalism in the campus," said Surya's brother.

In millennial times like today, students tend to love to learn autodidaks. They learn by themselves through social media such as youtube channel, whatsapp group, and Instagram. Learning from social media will lead to a perverted barrier because no teacher guides it. Also information received in social media is swallowed raw without menshohihkan information obtained. This is the beginning of radical understanding flourish in the country campus.

So the teachings that flourished in Unesa vary. Not a few groups of radicalism developed in Unesa, Proven found many pamphlets on campus from radical groups.

Starting from a radical understanding of acts of terrorism that emerged. The purpose of terrorism is to spread fear and divide the unity of the Indonesian nation.

Yet to get independence is not easy, many victims are falling. The task of today's generation is to maintain and care for independence. So it is compulsory for the youth to quell terrorism from its roots.

Rectorate as a campus policy makers to make strict rules and sanctions for unscrupulous lecturers, employees and students who are infected with deterrent radicalism. Students must also be proactive in supervising activities that deviate from Pancasila ideology.

And here we are PMII and Formation cadres ready to commit in the front guard in efforts to prevent the spread of radicalism and acts of terrorism in Unesa.