The Campus Had To Protect Moderate Student Organization | Alim Mustofa -->

The Campus Had To Protect Moderate Student Organization 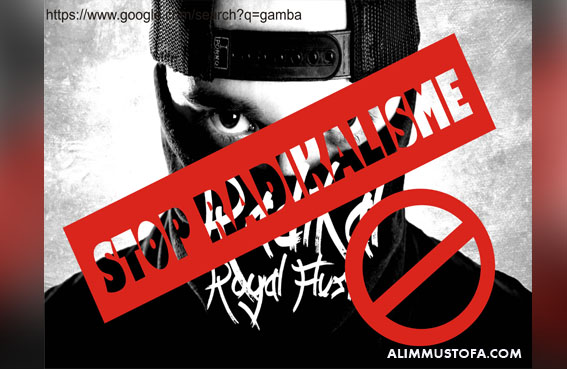 AlimMustofa.com - State universities become a place of regeneration of the flow of radicalism, This is disclosed by prof. Dr. Azyumardi Azra, MA former rector of UIN Syarif Hidayatulah Jakarta in dialogue at KompasTV this morning.

The state campus has been considered unresponsive to the development of its students in understanding the country. So they are easily accessible by radical groups who offer the ideology of the Khilafah state as an option, said Professor UIN Syarif Hidayatulah.

There should be senior academics or experts in Islamic scholarship that can provide understanding to students in understanding some of the Islamic schools that contradict the Republic of Indonesia and Panwcasila. So this can be an early anticipation of the development of the flow of radicalism that seeks to use the campus as a place of radical cadre.

another thing that must be done by the rectorate is to select every banner installation that will be installed in the student activity by means of every banner, billboard and the like have to get rectorate approval marked with stamp. The Rectorate has the authority to allow or prohibit any banners, similar billboards to be installed in the campus environment, since the entire campus area is a campus-owned facility under the responsibility of the rectorate.

The shift of moderate student organizations such as PMII, HMI and Cipayung groups is used by the radical to utilize the student executive body (BEM) to infiltrate the activities of the spread of radicalism. It can be said that BEM campus now almost all infiltrated by radilkalisme to change the mindset of students to think radically and anti Pancasila and NKRI.

Moderate student organization space should be opened wide by the campus, facilitation of student activities into duties that should be done by the lecturers, especially in the field of student affairs.

In the discussion in Kompas-TV is also submitted, the government should conduct guidance and screening of the rector of State Universities, if indicated to be involved in the flow of radical then should be coached or replaced. The government must firmly address the rampant kampous country menajdi place the spread of radical flow.

The rectorate also began to examine employees, lecturers as well as students against the involvement with the radical flow. Do not let the public campus facilities sourced from the state budget used by radical groups to sow his ideology to students.